I miss my motorcycles

So the top 5 car exercise was so fun that I decided to do the same thing with motorcycles. The only difference is that I decided to make it a top 8 list. I’ll say up front that I’m a pretty die-hard Honda fan, and even though I only had 2 Hondas in my car list, my motorcycle list is made up entirely of Hondas. Not to say that I don’t like Yamahas, Suzukis, Kawasakis, Ducatis, etc… but most of the bikes on my list are pretty unique and don’t have equivalents by other manufacturers.

2. 1990 Honda Hawk GT (V-twin) – This is another single sided swing arm bike that I thought would be a great little city bike. It’s pretty narrow with it’s 650cc v-twin engine, doesn’t have a fairing to worry about, and a lot of them for some reason end up with Super Trapp exhausts which make them sound pretty good.

3. 2000 Honda Goldwing (Opposed 6) – Come on… everyone needs a bike with 1.8 L, 6 cylinders, and enough torque to tow your daily driver with. Besides, they have CD players, heated grips, and still go like a bat out of hell.

5. 2006 Honda CR 250R (2-stroke single) – I’ve never actually ridden one of these but I did do an American Supercamp course a few years ago and really enjoyed it. I always thought if I ever moved to a place near the woods, I would get one. Plus, it’s got that two-stroke engine narrow power band and exhaust buzz. 6. 1992 Honda NR750 (V-four, but the pistons were oval and it had 32 valves and multiple spark plugs per cylinder!) – This is maybe the weirdest thing Honda has ever done. As a way to use 4-stroke engines in GP racing, they decided to have oval pistons in order to make up the power difference to the 2-strokes everyone else was running. The oval pistons allowed them to have 8 valves per cylinder in order to improve the breathing that would normally occur with the 4 or 5 valves achievable with a circular piston. They also needed two connecting rods to connect the piston to the crankshaft. Unfortunately, the program did not go well… as you might imagine, oval pistons present all sorts of unique and new technical challenges. Honda went back to more traditional engines afterwards but did end up producing this hand made production bike in 1992. 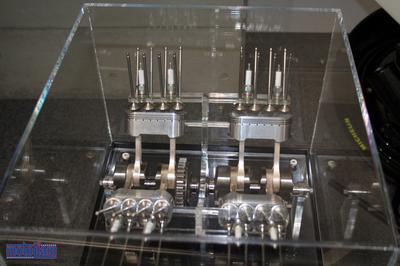 7. 1990 Honda CB-1 (400cc inline 4) – This bike is super rare… I think I’ve only seen a handful of them ever. But when I was still at Cornell, before I even started riding motorcycles, someone always parked one near the autolab and I remember walking by and appreciating how small and simple it was. If I could have just one bike, I think this might be it.

8. 2006 Honda Ruckus (50cc four stroke with automatic transmission) – Ok, this isn’t really a motorcycle, but I really like the looks and always thought a scooter would be fun to have to just putz around the neighborhood with.

This entry was posted in car stuff, meme. Bookmark the permalink.